← more from
Jazzland recordings Norway
Get fresh music recommendations delivered to your inbox every Friday. 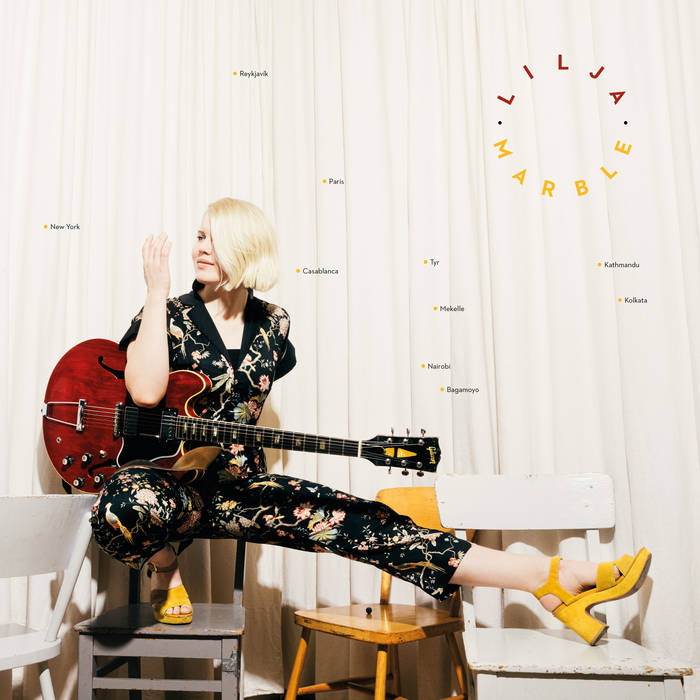 Oddrun Lilja has been recognised as an authentic, exciting and virtuoso guitarist and composer from the Norwegian jazz- and folk music scene.

In addition to her worldwide touring with bands as Bugge Wesseltoft’s "New Conception of Jazz," Frode Haltli’s "Avant Folk," and "Moksha," she has for many years travelled the world to play and perform with local musicians over extended periods.

Her musical travels began at the age of 19 when she was invited to New York to perform with players such as Jay Rodriguez (Tupac Shakur, Erykah Badu, Marc Ribot), Alex Blake (Sun Ra, Billy Cobham, Pharaoh Sanders), Victor Jones (Stan Getz, Dizzy Gillespie), and Al McDowell (Whitney Houston, Ornette Coleman). Later, she performed with traditional musicians in Kenya, Uganda, Tanzania, Mozambique, Iceland and Nepal, to name but a few. She has played at the "West Bengal Classical Music Conference" and other raga festivals in India with the famous sitar player Ustad Ashraf Sharif Khan; at Festival "Noujoum Gnawa" in Morocco with the gnawa master Zakaria Houaoura; and she has taught and performed music in a refugee camp in Lebanon with Palestinian musicians.

All these journeys have given her a lot of knowledge about traditional music. With an urge to share some of these impressions with the world (and to find a more sustainable way to "travel"), she has composed and recorded "LILJA: Marble". The album consists of ten pieces, named after cities she has visited: "New York", "Bagamoyo", "Casablanca", "Paris", "Mekelle", "Tyr", "Kathmandu", "Nairobi", "Kolkata" and "Reykjavík". In this music, we can recognise elements from ancient traditions, placed within a modern acoustic soundscape, characterized by playfulness and virtuosity.

The album features a star team of musicians such as the exceptional Dutch singer Sanne Rambags, Bugge Wesseltoft on piano, Jo Skaansar on bass, Helge Norbakken on drums and producer Kåre Vestrheim. Some of the international traditional musicians LILJA met also appear on the recording, including Ustad Ashraf Sharif Khan (PA), Zakaria Houaoura (MA) and kids from the refugee camp in Tyr, Lebanon.

Bandcamp Daily  your guide to the world of Bandcamp